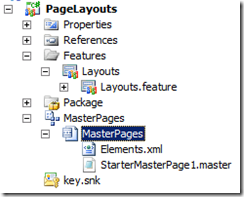 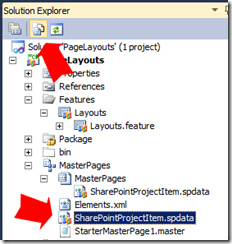 Setting the Visible property on a webpart throws

Using myWebPart.Visible = false and getting this?

The Visible property cannot be set on Web Part 'your_web_part'. It can only be set on a standalone Web Part.

In brief, I've had a few issues since installing Windows Server 2008 R2 and adding the Hyper-V Role on my Dell Precision M6500 Core i7 laptop (if you've landed on this post and you don't care about laptops--i.e. you're an admin--don't stop reading now as this post will likely apply to you too). This post is meant to be a running log of problems and their resolutions while we await the next service pack, I suppose.

KB975530: Stop error message on a Windows Server 2008 R2-based computer that has the Hyper-V role installed and that uses one or more Intel CPUs that are code-named Nehalem: "0x00000101 - CLOCK_WATCHDOG_TIMEOUT"

Apparently this issue is caused by an Intel erratum affecting Nehalem-based processors (i.e. Xeon 5500, Core i7-800, and Core i5-700 series).

None of this worked for me but changing my host power settings from Balanced to High performance did. In theory you should be able to revert to Balanced after installing and the above.

You may also want to investigate turning off TCP offloading.

Symptoms, event log entries, and whatnot: Hyper-V console freezes in some virtual machines but not others (the only one affected in my case was an XP VM upgraded from Virtual PC 2007 SP1), Hyper-V manager reports the Heartbeat as "Lost connection".

For additional information about this problem, definitely check out http://social.technet.microsoft.com/Forums/en-US/windowsserver2008r2virtualization/thread/0408a28d-6ab8-4c85-8773-4bc42c2df40b

Configuring the People Picker and No exact match was found

SharePoint's people picker is generally one of those things that just kind of works—and fairly well no less. There's a gotcha to that statement however: the people picker works well when the the SharePoint farm exists in the same domain as the users you want to match against, or exists in a second domain where a two-way trust has been established with the first domain.

I'll simplify what needs to be done by stating you simply need to tell SharePoint which forests or domains house the users you're after and provide an account from that domain.

Firstly you'll need to provide a key that will be used to encrypt any passwords you plug in during the next step. Run this on every WFE where "key" is a string of your choosing:

Next, set the peoplepicker-searchadforests property:

Supply the URL of the web application you want to configure (and note you don't need to set this for Central Admin, set it for a specific web application). Multiple domains and forests can be listed if necessary.

For more information, check out these resources:

Although I'd previously noticed the Data Compare and Schema Compare options on the Data menu in Visual Studio, until today I didn't have a good reason to see what they can do.

Note I'm running VS Ultimate; if you can't see it, I'm not certain in which editions of the product this menu makes an appearance. SQL Server Management Studio 2008 doesn't seem to have a comparable tool that I'm aware of—which seems odd—but please comment if you know something I don't.

So here's the situation: two copies of the same database, one that's been moved to a different server and both of which have data changes. Your mission: find and fix the differences.

Luckily I was able to work around this problem (feature?) by re-opening VS, Data –> Transact-SQL Editor –> New Query Connection, connecting to any ol' database (or optionally just cancelling out of the connection window) and then launching the compare wizard again.

I'm not sure what this does since you specify a database connection in the compare wizard anyway and cancelling the connection window or closing the new query window after opening the Transact-SQL Editor connection makes the problem go away. I've logged a bug with Microsoft connect.

Update 6 Sept 2010: MSFTConnect just got in touch to tell me this is likely related to the Solution Navigator extension in the Productivity Power Tools. Disabling apparently fixes the problem and the problem should be fixed this month.

What does the exclamation mark mean? Presumably EnableLog is a DWORD in the Fusion key but it's all a bit unclear for my liking. Once you've set this DWORD, you need to figure out what to do next and for many people that will likely involve firing up the Fusion Log Viewer fuslogvw.exe or the Windows/.NET SDK. But then what?

Gary Kindel was kind enough to post the following details in response to a related Stack Overflow question:

Add the following values to HKEY_LOCAL_MACHINE\SOFTWARE\Microsoft\Fusion

Make sure you include the backslash after the folder name. I also found an IISRESET was necessary in a web context.

Since I wanted to enable this logging in an environment without Visual Studio or the Windows SDK installed, the above option was clean and lightweight. Log files were dumped to the expected location in .html format and it was then a case of locating the assembly I was interested in… and, oh yeah, fixing the problem ;-) The issue was also detailed in the ASP.NET error message returned by IIS.

Advanced geeks: because Fusion logging supposedly affects performance, you might want to create a reg file/batch script to toggle logging on and off. Here's a starting point—put this into a file called EnableFusionLogging.reg and double-click to run it:

I actually call this from a batch script which also resets IIS and I have a mirror reg file that disables logging.

Windows will report licensing details if you run the following from an elevated console window:

The Windows Script Host popup will shortly tell you which edition of Windows you're running, which licensing channel you fall under (retail, OEM, volume), your activation ID, license status, rearm counts, and KMS details.